For years, I’ve always wondered about the three grades of gas offered at the gas station.  While I know that they recommend the higher grades for certain vehicles — I always use the mid-grade for my Land Rover, and I’m supposed to use the high grade for my scooters — you have to wonder if there is really any difference between the grades.

According to this Time Magazine article, a test by Car and Driver magazine says “No”.

However, that’s not exactly what they said.  Here is the actual article, from 2001.  Summarized, what it says is that cars which are intended to run on regular unleaded get very little or no added horsepower and speed from a higher octane, cars which are intended to run on premium fuel experience a drop in horsepower and other performance from a lower octane, and carbon buildup over time means cars designed for lower octane fuels may need to upgrade due to carbon build up and the like.  (One thing I note is that they used only low and high grades — 87 and 91 octane — not the midgrade 89 octane which is also an option.

Before I saw this Time article, though, I had decided to do my own test.  I had noticed that while gasoline prices have climbed — I remember that I paid $1.99 a gallon for low grade on Labor Day Weekend in 2001, and that was the lowest in months, vs. $4.15 a gallon yesterday for high grade — the price difference between the grades has stayed the same, about 10 cents a gallon.  Which means that as a percentage of the price per gallon, premium grade gasoline has effectively become cheaper — it was a 5% markup in 2000, but only about 2% in 2011 — and that means that the viability of any performance (mileage) increase is only half as much to make it worth while.

So let’s look at my Land Rover.  I get between 16 and 19 miles per gallon, depending mostly on city vs. highway driving, although factors like weight in the rear end also factor (if I add a 50 pound piece of equipment, my mileage on a highway trip increases by about 1 mpg).  For the sake of the argument, let’s call it 18 mpg.

So back to the mileage.  If I pay 2.5% more for the gas, then I need to get a 2.5% increase in my gas mileage to compensate.  (I’m not sure that’s completely right. With the way percentages work, it’s more likely that I actually need something like a 2.4% mileage increase, but the difference there is not going to be enough to alter the test results any more than my use of “round numbers” will.  If someone wants to work out the numbers more exactly, feel free.)  On an 18 mpg average, that means 18.45 mpg — increase just 1/2 mile per gallon and I will have “won”.

What did my tests show?  I shifted to premium octane for several fill ups, including a road trip to Portland (about 180 miles each way).  My highway mpg increased to over 20, and my city average was over 18 (city would normally be in the 16–17 range); calculated out, I got an increase of between 1.2 and 1.7 mpg over the course of the tests.

That is, I got 2–3 times as much increase in gas mileage as I needed to make the increase in cost worthwhile.  Which means I actually save about $2–3 per fill up by not needing to do them as often.

Let me note a couple things where my tests differ from those of Car and Driver:
I’ll also note this:
So what is the net effect of this test?  For myself, I have shifted over to premium on my Land Rover (which frankly I don’t drive much anyway; I have put at least twice as many miles on the scooter as on the car for the past 3.5 years).  Should you do likewise?  No, not just on the results of my tests.

But if you are pained by the cost of a fill up these days and if you are curious enough to track your gas mileage for a month or so, I think you should run the same informal tests for yourself.  Get a mileage baseline for both mostly city and mostly highway driving for a few fill ups at the grade you currently use, and then switch to one grade up and track how things change.  Worst case, you’ll see no change of note and you’ll be out the cost of a few cups of coffee over the course of a month.  But I think there’s a good chance you’ll also see enough of a difference to consider making the switch completely.


According to this news piece, October 2011 is the 20th anniversary of the Clarence Thomas/Anita Hill hearings.

Although I remember the hearings going on, my one real memory of the event comes from a couple weeks or a month later.  Walking in the hall at work one day, one of the Human Resources people called me into her cubicle and gave me an apologetic “talking to”.  Apparently, a month before, I had been wearing a t-shirt I bought in Tijuana in September, which carried an image of two dogs fucking, labelled “Bury the Bone” (much like this one, down to the color scheme), and someone complained.

In retrospect, that was a (very) inappropriate shirt to wear to work.  I happened to be wearing it that day as well, I think, which was what caused the HR person to talk to me.  (I was 24 and trying to be brazenly out, I guess.  Or I just wasn't thinking, take your pick.)  After that, I was much more sensitive to the messaging what I wore would send — not that I refrained from shirts with gay imagery and messaging, just that I gave more thought to it and refrained from wearing some of them to work.

But the complaint that the HR person was responding to — which she had not acted on for at least a couple weeks, meaning she didn’t think it was very significant — was not about the content of the shirt.  Rather, it was about the political intent: someone had thought I had work it as commentary on the Thomas/Hill hearings. 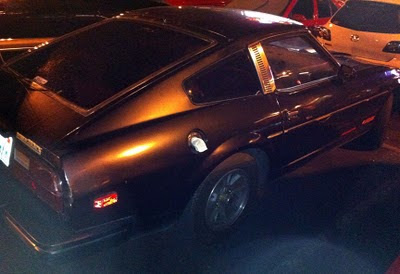