Conflicted about the Conflict: Reporters


I’m torn as to whether “embedded journalists” are a good thing.

On the one hand, with today’s technology, we are getting a never-before-available view of the war.  (One radio reporter I heard spoke of seeing a report on NBC about an artillery strike being requested on a particular position, then flipped to CNN and saw a reporter with an artillery unit talking about a large strike that had just been launched, and then flipped back to NBC where the first reporter was able to talk about the strike as it hit.)

Not that I’m worried that we are only seeing the small picture, fractured through lots of sets of eyes, mind you; the big picture is present as well.  We are also getting a greater feel for the individuals involved in the war.  And while embedding puts the journalists much closer to the action, the government thus also knows where they are so as to not worry as much about them.

On the other hand, while embedding puts the journalists much closer to the action, the government thus also knows where they are, which potentially gives a greater level of control over whom has access to what information.  Embedding may also introduce a bias: by increasing the human factor, putting the journalists through the same training and billeting them right alongside the soldiers may taint what those reporters comment on.  Knowing that they have to face these soldiers at mess and in the tents, the journalists will be unlikely to comment negatively on the units they are with, and may be less likely to comment negatively about anything related to the military.

A related concern is the connection made to those journalists themselves.  Michael Kelly was the first embedded journalist killed during the conflict.  For a day, his name and picture were everywhere (and then the ever-bored media moved on).  But there had been a couple other, non-embedded and non-American journalists killed in the conflict before him.  That was mentioned a couple times, but who they were and where they were from?  Who cares, it seems.  And how about the journalists killed in the attack on the Palestine Hotel?  It turns out that they were from the Ukraine (working for Reuters) and Spain, but damned if you could find that out from the (radio) news broadcasts.  They weren’t American and they certainly weren’t embedded, so they were hardly worth a passing mention. 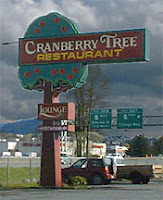 Resigned to My Fate


A word that has come up in my life far too many times in the past year is “resign”.

(No, not in the context of President Bush.  Sorry to get your hopes up.)

Rather, it has shown up with organizations I am involved in, being used by members of those groups — often by officers of those groups.  Sometimes that has been to slam the door behind them as they storm away, pissed off over some misunderstanding that they didn’t try to resolve in any other way.  Other times, it has been to force a personal agenda: “If things don’t happen the way I want them to, I’ll resign.”

Regardless of how offended the person is, or whether the agenda involves a deeply held moral conviction or is merely some petty spat, resignation is a pretty serious deal.  It is an extreme action, what should be a final one.  Or it should be, in my view.  I fear that our society’s focus on extremes have blunted the effect and thus the value of the action; what was once unpalatable becomes routine.

Using resignation as anything but a last-resort action, something done only when all other possible avenues have been tried (and failed to produce the desired results) is a brutal thing.  Bandying it around lightly, using it as a a first line of action, is reckless and even childish.  Having an officer of an organization use it as a threat to get an agenda enacted is particularly bad, in my opinion, certainly not the action of a responsible community leader.

I’ve come awfully close to responding “Then go ahead and resign.  If you can’t find any other option — if you won’t even try — then we’re probably better off without you.”  I haven’t said anything like that yet, since I would undoubtedly lose a friend by doing so, but I’ve come damn close.  I may not hold back the next time.

Ethan Green Has My Number 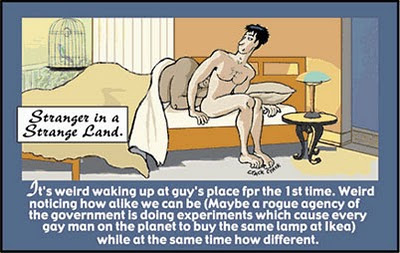 The lamp in my Bedroom.  Oh, the shame!
(And the table my lamp is on is also from Ikea!)


I have a portable hard drive (VST, 20 GB, FireWire/USB) which I use daily to bring files back and forth between home and work.  E-mail archives, installers for new versions of software, 100 MB sets of files being used for web pages, non-MP3 song files at 20 MB each, and so on.  (Most important is that my personal e-mail folders live on this disk while at work, accessed via alias links; I copy them to the system at home.)

On Wednesday, the drive went down.  Disappeared from the desktop.  I not only couldn’t access much of my e-mail, all my filters used those links to deal with incoming messages, so they were popping up error alerts.  The disk also wouldn’t come up on another system.  I got it up briefly later that day, but then it went down again.

The drive is 2.5 years old (I got it for work with my previous job and kept it as part of the “severance package,” when I was laid off, where I got to keep all the hardware I was using; anyone need a B&W SoftBook Reader or a Rocket eBook or two?), and it gets heavy transport use — plug/unplug, toss it in the bag to go to work and bag, jostle it around a bit.  I had similar problems with it about a year ago, where it would come up and go down intermittently.  Tech support at VST was of no help.  So I resigned myself to the idea that it was time to replace it.  I looked around on the web on Thursday, called a local Mac store, found that prices have come down quite a bit in the last couple years (so I could get four times the space for 2/3 the price), and resigned myself to spending $200 or so on a new drive today.

Tonight, I’m heading up to Vancouver for Rubbout 12, and I decided to take my iPod with me.  As usual, it has sat for a couple weeks or more, so it needed a new charge.  I plugged it in to the computer with the cable from the hard drive… and it said “OK to Disconnect” without the device having appeared on the desktop.  Huh?  Unplug, replug, same result.  Light bulb flickers on.  (It’s one of those new cheaper-to-use fluorescent ones; they take a few seconds to come on.)  Cable from the iPod happens to be sitting on the desk from the last time I charged it at work.  Plug in the hard drive using this other FireWire cable (which I’ve hardly used in the 16 months I’ve had the iPod).  Boom, there’s the hard drive, right up on the desktop like it should be.

Now I just have to spend 20 minutes or so copying e-mail archives and restoring filters and alias links which I deleted in order to avoid error alerts.  But at least I’m back in business, as it were.

Lesson for the day: before you freak out about dead hardware, check the cables.  They’re a lot cheaper to replace.


The iPod’s FireWire cable gave out a couple months ago, so I’ve moved to a different solution.  Since it’s likely that the regular bending and unbending of the cable is the cause of the connection problems, I now have a short (3 foot) FireWire cable for both the home and work systems, so I end up plugging/unplugging the drive only, leaving the cable alone.

I continue to have problems with the drive, though.  Of the two FireWire ports on it, only one of them works.  And sometimes it doesn’t operate properly, forcing me to unplug and replug (usually after blowing any imagined dust out of the cable and post).  Even more curiously, the drive will only work on my home system if I turn it upside down!  Right side up and it won’t spin up and register on the system.  Bizarre.

I’m going to have to find an alternate solution sometime soon.  I’ve thought about going to a pluggable USB drive, but right now my attachments folder on the drive contains 600 MB (and just the e-mail folder has 62 MB), way too large to be suitable for a 128 MB drive.  I’ll probably just get myself a new FireWire drive, probably something with 80 GB for half of what I paid for this one.

Of course, that was nearly four years ago.  I’ve gotten good mileage out of it, to be sure.


Some time after this (I think), I replaced the drive.  Within a year, that one was dead.  Since then, USB thumb drives have become the standard, since you can now get them in much large sizes than at the time.  I regularly carry a $20 2 GB drive in my pocket (and this one is a few years old, so sizes have now more than doubled for the same price), for taking files to and from work, plugging in at FedEx Office to print posters, and so on.  My how the world has changed.

Email ThisBlogThis!Share to TwitterShare to FacebookShare to Pinterest
Labels: computers

Conflicted about the Conflict: Protests II


Two more observations about the opposition to the anti-war protests…