I’ve recently created a second blog, one intended to house posts with sexual and other “adult” content.  It is called Sounds Kinky-er, and you can find it here:

http://soundskinkyer.blogspot.com
Am I bowing to censorship demands here?  Am I making my blog over into something “family friendly”.  Um, no.  Look at the title of this blog: that isn’t going to change.  (In fact, no one has complained or commented on this.  It’s all my own decision.)

What I have found over the past year is that there are some sex-related and other edgy topics that I want to be able to write about, but which don’t fit comfortably next to posts about comic book movies and complaints about product design and thoughts about politics.  You could say that those don’t belong in the same blog as one another, too, but my real concern has been with someone visiting the blog via Facebook or Google, poking around, and getting a text-based eyeful of stuff that maybe wasn’t appropriate for them.

So I have found myself either jumping through hoops to making some content non-viewable (parts of my trip reports were colored to match the background, so you had to select the text to read what I wrote), and I have even refrained from writing about some topics.  Opening a new blog specifically intended for such topics — the new blog has a “This has adult content” front page warning for any visitor, which is enough to quell my concerns — will in theory free me to write on those subjects with more freedom and with less second-guessing of my content and word choices.

(But the new blog is not going to be loaded up with pics of naughty bits and perverse sex acts.  Sorry.  And it’s only going to be for the sex and similar sort of “adult” content.  Posts which deal with topics appropriate to adult-level maturity — including many non-sexual gay items — will stay right here.)

If you visit the companion blog now, you’ll find a number of posts which were originally on this site, ported over there.  As I add them there (I still have another couple dozen to go through at this point, including some trip reports), I’m zapping them here, leaving just the title and a redirect link.  A year from now, I’ll probably purge the stub posts from here, too.

I will still be posting links to new blog posts for both blogs to Facebook and other places, however.  I don’t want to make it harder for people to find my posts, just to make them more conscious of when the posts have adult content and able to opt out.


First, some background.  One of my cats has some toy mice, which she loves to fling in the air and a few feet across the room.  Inevitably, she ends up letting one “get away” under a piece of furniture where she can’t reach it; three of the six are currently AWOL that way, not even under their usual pieces of furniture.


In the dream, I found a small pile of mouse turds.  Opening the cabinet door under the sink, I found three mice (maybe these are the missing toys?), which started to squeak and scramble away.  I swept two of them out onto the floor, but the third got away.

The cat scrambled in and caught one by the tail, and flung it in the air and across the room.  But not the little flings she does in real life; here, the mouse sailed a good 8 or 10 feet and smacked hard into the wall about 5 feet up, then dropped to the floor, dazed.  She picked it up and flung it again, with similar effect.  It then did a drunken (concussed!) scramble for a hole under another cabinet and got away. 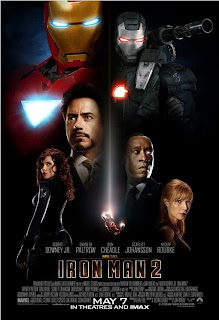 Iron Man 2 wasn’t quite as good as Iron Man (to me; read what I wrote on that one), but neither will I say it was worse.  It’s like getting a 97 on a test rather than a 98: it’s still an “A”, and that’s all that really matters.  (And the first film gets a special bump because it so outperformed expectations.  This one gave us pretty much what we wanted and expected, so it doesn’t come away with as much of a glow, as a result.)

There are two things to say with certainty: 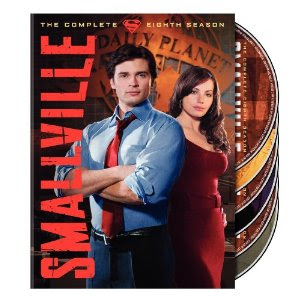 Wow.  Just wow.  This was an amazing two-hour episode of Smallville.  (Yes, I know it aired in February.  I just got around to watching it this week.  Better late than never!)

Not because either the story or the special effects were spectacular.  We’ve seen Clark interact with other heroes before, and the effects ranged from pretty good (Dr. Fate) to downright cheesy (Hawkman in general, and that final fight with the Icicle).  But just in terms of quality and significance, this was a level up from most episodes.

What differed was the level of detail packed into this episode.  Not that this should come as a surprise, given that it was written by comics writer Geoff Johns.  He also did Season 8’s centerpiece of Clark interacting with multiple super peers (the Legion of Super-Heroes), which exhibited a similar quantum jump up in, well, depth.

“Depth” is probably a good term here.  Most Smallville episodes have a passing, sometimes even “winking”, connection to the DC universe of the comics, featuring some version of a comic hero or villain that is recognizable but not really grounded as anything more than this week’s guest star.  But with the Justice Society (and Legion) episodes, Johns abundantly uses the high-level continuity and backstory of the the characters’ comic book versions to influence the characterizations and dialogue throughout the episode.  For viewers who don’t read the comics, there is probably only a little added value, but for comics readers, the characters and situations feel much more authentic than with most episodes.

Also of note:
This was all squeezed into a two-hour episode (just 1 hour, 20 minutes of actual content).  Between what we actually saw and all the behind the scenes stuff (Chloe helping to find the other JSA members and their families), they could have pulled an entire season out of what was stuffed into this episode. (That’s actually one of the hallmark oddities of Smallville: they let stuff like this year’s Kandor plot meander through an entire season, and then they throw the Legion and the JSA at us for a single burst.  Maybe they should have done half the season on the Kandorians and half on the JSA?)

Smallville should really consider having Geoff Jones do an episode like this as the season opener and then mine it for all its worth throughout the season.

I’ve seen it said by others that the last episode of Smallville needs to have Clark in the red-and-blue suit (with cape), and I agree.  But after this episode, they need to have that last episode involve a big Crisis that brings back as many of the hero actors as they can: Green Arrow and Martian Manhunter, Hawkman and Star Girl, Canary and Arthur and Bart and Vic, Zatanna, and of course the Legion.  Oh heck, add in Diana or Donna.  Written by Geoff Johns.  Just to have them converse for 5 minutes, pose, and head off to deal with the Crisis as the show ends.