Coors Beer and the Gay Community 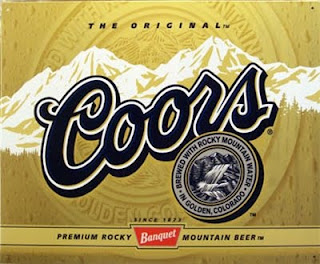 Long before I came out — perhaps even as early as age 14 or so — I knew that “You don’t drink Coors.”  I never knew why at that age, but I took it as gospel.  It wasn’t until a decade later that I learned that the proscription was linked to anti-gay activities on the company’s part, that no gay bar in the world served Coors.  Again, I accepted it as gospel that the company was simply bad.

I bet a lot of people did likewise.  And they still do today.

Another five or seven years down the line, I was working for a gay newspaper (OutNOW! in Silicon Valley; now defunct as a newspaper, but the name was later used for a magazine-type publication), and Coors started trying to do outreach to the gay community, trying to repair its damaged reputation.  (After all, with the gay community representing some 10% of the market — perhaps more, given disposable incomes and the strength of “the bar = the social arena” in the gay community — and with Coors being a distant third among the nation’s top breweries, writing off that segment of potential business is not the smartest idea.)

Actually, Coors had been making changes for some time before that.  They had established a gay and lesbian employee group.  They had instituted domestic partner benefits.  They had donated money to a handful of gay pride organizations and the like — those who would consider taking the money.  They had split the beer company off from both the brewing technologies and the Coors family’s foundation.

They had tried to make inroads with national gay organizations (I forget if it was the Human Rights Campaign Fund or the National Gay and Lesbian Task Force), but had been rebuffed.  “Everybody” knew that Coors was a hateful, right-wing, fundamentalist, anti-gay, yadda yadda yadda company, and the nationalgay organization (whichever one it was) wanted to see documentation detailing their giving to such causes.  Coors Brewing could not supply such documentation, claiming that it did not exist because they did not give such funds.  In light of what “everybody” knew, though, this merely proved that they were lying, withholding such info.  (Think about that logic a moment: we know you’re guilty, so any failure to prove your guilt means you are lying and thus proves your guilt.)

Now, what was the origin of the Coors boycott back in the 1970s?  Do you know?  I mean, do you really know?  Apparently the answer is two-fold.  First, the Coors management fought attempts to unionize its workers, and attempts at coalition building to combat this included pleas to the gay community and other perceived progressive groups.  Second and most important (as it pertains to the gay community, anyway), though, was Anita Bryant’s “Save Our Children” campaign.  In an article in San Francisco’s Bay Area Reporter, a writer listed a number of donors to Bryant’s campaign, including Coors.  The gay community was tossing out orange juice at the time, so this was all we needed to toss an entire brand of beer as well.  Unfortunately, the writer was wrong; Coors was not a donor to Bryant’s campaign, and the B.A.R. later printed a retraction.  Of course, retractions end up in small print, buried somehwere in the middle of the paper, and they never get quite the publicity that the original story does.

And thus the Coors boycott began, and took on a life of its own.  Today, it is even thought of in some circles as a legacy of Harvey Milk, sainted martyr of the gay community.  (Is the boycott something he supported and wanted to continue forever and ever amen?   Beats me.  But invoking Harvey’s name in conjunction with it has a way of shutting up the opposition: “If this is what [Saint] Harvey wanted, it must be true and good.”)

So now we come to today.  The boycott is still at least somewhat active in San Francisco, Los Angeles, and New York, but at best sparsely held to in some other parts of the country.  A couple high-profile situations have hit the press regarding groups taking funds from Coors — like a Los Angeles gay community center — with major negative backlash (at least in San Francisco/Los Angeles/New York, if nowhere else).  A lot of energy has been expended by people who want to continue the boycott to find out who the majority stakeholders are in Coors, who the individuals give money to, how much, and so on, attempting to justify the boycott by showing us how bad (some of) the people who profit from Coors are.

The first questions I always ask when I see these reactions is “Who runs Miller and Budweiser, and where do their profits go?  Who are the majority stakeholders of Ford and Microsoft and Shell Oil and Nabisco?   Have you thoroughly researched the people who made your car, your computer, your toaster, your ballpoint pen and found out where they donate money?”

The follow-up question is “Can a company change?  Ever?  Or does its past taint it eternally?”  (And if so, how do you justify calling a man “gay” if he has ever, even once, had sex with a woman?  And can you justify that vacation you took to Germany, bastion of evil that it once was?)

It’s easy to target a company which has a long-running boycott against it, because those who are interested in seeing the boycott continue — and who and why would that be, hmm? — provide you all the info real easy.  (Or at least they provide you with the negative info, the info they want you to know.)

As my friend Alan observed, the real tragedy is not that some rodeo association or street fair or community center takes money from Coors, it’s that they take money from alcohol companies in the first place.  The big booze companies are so eager for our business that they will gladly give us sponsorship money, and we’re glad to take it, as though someone, anyone giving us money means we are recognized and that we have self-worth.

(Note: I don’t drink Coors — never have — and if I have a choice, I avoid Bud and Miller as well.  Life’s too short to drink industrial beer.)


A decade after writing this, Miller and Coors have merged.  Miller has long been a major supporter of gay events, so this undoubtedly really bothers some people.