The sadder satyr sat her for seder Saturday.

We saw Avatar yesterday at the huge-screen Cinerama theater in Seattle.  Unfortunately, not in 3D; I missed that MovieFone lists the 3D version as a separate film, so I wasn’t aware that I was only looking at 2D entries.  (And in fact, one of the theaters showing it in 3D is apparently also showing it in 2D!  Talk about confusing!)

As everyone else in the world has said, the effects are fantastic.  I noticed one of the “helicopter” shots early in the film where I could tell it was CGI rather than real, but the rest of the film was pretty darn flawless in that regard (and I really tend to notice these things).  Some of the Na’vi characters were a bit stiff in their movements, but that was (a) mostly the avatars and (b) an alien race, so it falls easily in the realm of “Willing Suspension of Disbelief”.

I’m not sure whether I missed the 3D.  Since I wear glasses as it is, any additional eyewear is a bit troublesome anyway, and tends to fail at the peripheral vision edges.  As I recall from seeing Coraline last year, some aspects of the 3D process were more bothersome for me than useful as a result.  In particular, I had a couple nauseau bits with the overhead and falling camera shots seeing it just in 2D, which I think might have been worse in 3D.  But I could also tell that some of the “depth of field” shots — the landing helicopters, the Hallelujah Mountains, the flying dragons — probably would have been that much more “wow” with 3D.  I’ll probably have to see it again, in 3D, just to be sure.

The story?  Eh, yeah, you’ve heard the complaints.  It’s not that the story is weak, just that it’s standard, by the book: human (or white man) is assigned to research/spy on aliens (or natives), human falls in love with their lifestyle and the chief’s daughter, human fights back against his own kind’s intent to destroy the natives.  The first step on that plot trail leads inexorably to the last step.  With two possible endings: pure heart of the natives beats back the humans/white men, or technological superiority destroys the natives.  (The first is what happens in fictional stories, the second is what happens in historical dramas.)  But in the middle of watching the movie, you really don’t notice that too much.

Now that the Hometree is destroyed, the Na’vi clan will have to move elsewhere (although still close to the Tree of Souls).  Despite shipping the humans back offworld (which really means just back into orbit), there is absolutely nothing that’s going to prevent them from coming back down to mine the unobtanium.  It might take a while to get the needed confirmation from Corporate on whether to nuke it from orbit (it’s the only way to be sure) in revenge or to just go in again, but the odds of the Company just writing this whole thing off as a loss is remote.  Best option will be for Jake to work to broker a mining deal, but even then, we know those agreements are made to be broken, and other lesser deposits will be found and exploited, and there’s basically no way for the Na’vi to win this and not end up on reservations or outright exterminated.  As noted, the humans have nothing the Na’vi want, so there’s nothing that will prompt diplomacy and nothing to stop the eradication of the People.  (And the Company may want to exact specific revenge on their employee, Jake, for destroying Company equipment and absconding with Company property, his Avatar body.)

Speaking of dragons… I thought this after the travesty of Eragon and I really think this now: someone needs to be producing Anne McCaffrey’s “Dragonriders of Pern” novels now!  The dragon effects are so ready for this.  It’s a two- or three-picture deal just waiting to be made, with the option of additional films out the back (the Harper Hall trilogy, Moreta’s Ride, Dragonsdawn,…).  I want to see Thread!  (Mind you, they absolutely have to use Michael Whelan’s dragon designs!  Those whirling eyes!)


After having seen a bunch of other movies on my February 2010 trip to New Zealand, I came back to thinking about Avatar’s story, combined with the Best Picture nomination the film has received.

Avatar does not deserve the Best Picture award.  While technically brilliant, the simplistic plot is a fatal flaw.  15 minutes into the film, you know exactly how the story will resolve: damaged man joins native tribe, man falls in love with native girl, man becomes the best native ever, man fights his own people to save the natives, natives win.  There is no particular subtlety and no notable deviation from the standard plotline.  The movie is on a bobsled track: unless it jumps the track (which then kills everyone involved — like nuking the entire planet), it&rsquos going to go right to the end, with the only question being how fast.  (I figured a luge reference there would be tacky.  Oops.)

In comparison, the other heavily animated film nominated for Best Picture — Up, pretty much designed for kids — has more layers to the plot and several possible endings, each with their own poignant value.  Avatar is a big FAIL in comparison.


What is a sexy Egyptian teen supposed to do in Kansas during the summer?


When it’s hot in Topeka, a hot Coptic eats a Hot Pocket and shops at Hot Topic.


Something that came to me while riding to work this morning…


An autumn leaf sat in the middle of the street. Orange and brown, its edges curled under it from the dry, frosted air. A puff of wind and it skittered across the asphalt, the crisp edges making the faintest scraping noises.

There was no wind.

Email ThisBlogThis!Share to TwitterShare to FacebookShare to Pinterest
Labels: writing 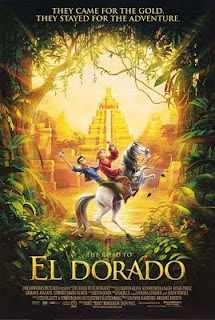 
On December 4, I was scheduled to start the Landmark Forum, an event I didn’t really want to do.  (More on that in a later post.)  I had a brief dream the night before:


I was in a building with a high arched ceiling with glass skylights.  Sort of haphazardly placed around the large room were false walls, the sort that went halfway to the roof but not all the way.  Each wall had landscaping — ferns, moss, flowers, trickling fountains — and barely audible New Age music was playing.

I was talking to two guys who were also there for the Forum.  We all had on name tags and one had a black bar on his, an indicator of someone having taken the Forum before.  His name was “Belief”.  The other guy was named “Don”.  (I’m not sure if we were all wearing form-fitting jumpsuits or not.)

Some chimes rang, signalling that we to go in to the start of the Forum.  As we filed into some other room, Don and I noticed that Belief had vanished.  When we sat down, Don had also vanished.

Then I woke up.

Jeez, talk about your blatant and ugly symbology: that Landmark was New Agey and sci-fi, that any “Belief” would vanish from me, and that anyone (anything) else I knew would also vanish and I would be left alone.


My old blog went bonkers.  Started giving errors every time I tried to post.  Tried unpublishing everything, no luck.  So I pulled off all the content (exported it) and deleted the old blog, and then created a new one.  But I can’t point it to the old location; something has changed with Blogger to only allow blogs at full domains, not leaf nodes.  (Suspicion: that change may be what broke the blog.)  So now I have to have it hanging from their free service until I can rig up a subdomain off my site, and I have to republish all the old posts (with the original dates).  Hours and hours of work, but at least I’m up and going again.