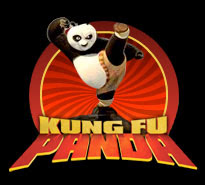 The nearest theater to my house is the Columbia City Cinema, only about 1/2 mile away.  Only a couple years old, they’ve just added a 100-seat second screen to their 200-seat upstairs offering.  I’ve rediscovered the pleasure of the weekend matinee — just $6 before 4:00 — and I’ve gone 3 of the past 4 weekends.  (Having two screens makes that easier: there’s always something new for me to see, since they typically seem to swap out one film each week.)

(They also have single-person bags of popcorn for the reasonable price of just $2!  Yay!  And coming soon are the new Mummy film, maybe the new animated Star Wars, and they are trying to get second-run shots of Iron Man and Mamma Mia!  Double yay!)

In the past few weeks, I saw WALL-E (mini-review: “Cute, but not all that inspiring.  Went downhill in the pleasure arena once they left Earth, although there wouldn’t have been much story otherwise.”) and The Dark Knight (mini-review: “Heath Ledger was fantastic, the bat-cowl still makes Christian Bale look like a doofus, and I miss the decor from the previous film, where Gotham had some character to it rather than being just another name for Chicago.   Too many ridiculous exploding car chase scenes, too.”), and this Sunday, I went to see the new Jack Black-voiced computer animated film, Kung Fu Panda.

This review is going to sound like a bit of a back-handed compliment.  My apology for that, but it cannot be helped, since I only have things to say about the places the film didn’t let me down…

About all I can really say about Kung Fu Panda is that it wasn’t as bad as I feared, on almost every level.  When you expect systemic mediocrity but go above that, you end up with something that’s at least light and enjoyable.

There is nothing particularly deep and enlightening about this film (but I didn’t expect there would be).  It is all set in a generic, pseudo-mystical valley in semi-ancient China — as these things often are — but not one with anything particularly recognizable as “true” legends, just the typical made-for-the-movies type.  (Compare to Mulan, which was based on real people and had more solidity and coherence to its setting.)  On the plus side, though, while they make abundant use of the Li River rock formations, there’s no visit to either the Great Wall or the Forbidden City, which are stock movie-set-in-China references.

The movie trips lightly by most of the details of kung fu (and various other martial arts), making no mention of “chi” or “shaolin”, and it makes little use of stereotypical guttural “huuuuu-CHA” sound effects and only some tiny bits of “mystical energy” effects.  There’s lots of “wire work” effects, but little of it out of the realm of what gets seen in live-action Hong Kong films — and some parts of the rope bridge sequence are clever enough to forgive even those excesses.

I was worried that Jack Black’s comedy stylings would overwhelm the film or make his Po character stick out too much, but I was pleased to have that not be the case.  Likewise with several of the other “name” actors doing voice work; not having paid attention to who was whom going in, I didn’t get broken out of the film by Angelina Jolie or Jackie Chan or Lucy Liu.  I was also pleased to see several Asian actor names in the voice credits.

Sometimes animated fare decides that it has to push a “message” hard alongside the story, and sometimes even on top of it.  There’s a little bit of messaging here — “everyone has his own strengths” and “use your opponent’s biggest weakness against him” — but they were pretty much stated once and then silently played on later.  (Okay, except for “There are no accidents.”  That one was hammered in a few times, and even the characters meta-commented on the hammering.)

In the end, I smiled in a few places, and the kids in the audience (there were about a dozen, half the crowd) seemed tickled by parts of the film.  So, good enough for a matinee.


One thing that I found intriguing and forgot to mention the first time around is that all the peasants were pigs, ducks, and chickens — meats used in Chinese cooking.  I’m not sure what meta-meaning to take from that; maybe it's just nothing more than the difference between common creatures and the exotics of the kung fu heroes?