Apple Tablet Predictions: After the Announcement


Okay, the Apple iPad has been announced. How did my predictions fare?
And then some more interesting predictions:
Again, this, I would so buy.  Will buy.  It will make a nice birthday present to myself in seven months, don’t you think?  Especially after reviews are in and maybe some OS patches are done to correct early problems.

I’m pleasantly surprised by the pricing structure.  Some will still complain that it’s too expensive, but they are mostly serial complainers ("free" would probably still be too expensive) or Apple haters (anything Apple producers is over-priced because Steve Jobs is a money-grubbing bastard).

What Were They Thinking?
— Drag Cows 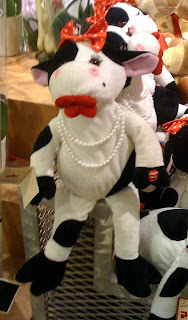 The local Safeway had a display of three different stuffed animals, starting in mid/late-January.  I think the other two were a horse (in cowboy gear) and a pig.  But this is the one that really attracted my eye.

It is supposed to be a cow.

But you’ll notice that it isn’t one.  It’s missing something.  An udder.  Cow tits.  Which means that this isn’t a cow, it’s a bull dressed as a cow.  It’s in drag.  Look at those exaggerated Renée Zellweger lips and the eye makeup and tell me isn’t not in drag.

Email ThisBlogThis!Share to TwitterShare to FacebookShare to Pinterest
Labels: gay, What were they thinking

What Were They Thinking?
— A Riddle Wrapped in a Mystery Inside Two Slices of Pineapple Gum 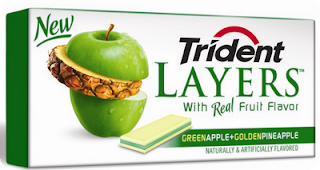 Make up your mind.

(Blog post title is from a 1939 radio broadcast by Winston Churchill, concerning Russia.) 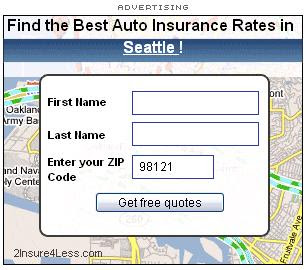 This ad showed up on the Seattle Times website today.

Note that it advertises auto insurance rates in Seattle (and has the zip code where I’m at), but the animated traffic map in the background — Oakland Army Base, Fruitvale Ave. — is of Oakland and Alameda, California.


I dreamed I was making banana-peanut butter chip muffins, and to prepare the bananas, I took a fork and punctured the peel a few times, then put them in the oven to “roast” for a few minutes.

That’s the entire dream.  Obviously informed by my plans to make banana-peanut butter chip muffins for breakfast (which I did, although I merely microwaved the chunked bananas for 30 seconds rather than roasting them).


I was riding my scooter along a country road — one lane each way, gravel siding, untrimmed grass beyond that, telephone poles, etc.  I came upon my friends Roger and David walking along the siding, so I stopped to give them a ride.

My scooter was now a motorcycle built for three — three complete seats.  I didn’t have spare helmets for them, and in fact didn’t have one for myself.  I pulled the hood of a black rain coat over my head to disguise the lack of a helmet and we rode along, hoping to not encounter any cops.

Eventually the land beyond the road sloped away down to the ocean or a big lake.  We pulled over to stop — I don’t know if it was to let them off or to look at the body of water — and the bike skidded and threatened to tip over in the gravel.

That’s pretty much it.  Roger, David, and I were all in Washington DC last weekend for Mid-Atlantic Leather, and we were on the same flight coming back.  They offered me a ride home (since they live nearby), but my boyfriend was coming to pick me up, so I passed.

In June 2009, I had a small spill on my scooter, pulling into a gravel parking lot.


Assuming that an tablet-like thing is actually announced on January 27, of course.  (And what would the reaction be if one were not?  Apple would need to be announcing some other fantabulous game-changing device instead, just to distract people from what they didn’t announce.)

So given the idea of something tablet-y being announced, what will it be like?

I think people are putting a lot more stock in the idea of it being a Kindle competitor than it’s worth.  I think that eBooks will be a secondary focus, but not a top tier one.  (Think of the iPhone announcement, where they touted Phone, Web, and iPod as the top items.  Stuff like texting and calendar and e-mail were second tier, important and even the things that really interested some people, but not the primary focus.

I think a lot of people are fascinated by the form factor idea of the walk-around tablet without much consideration of how that will actually be used.  If you’ve got an iPhone and you’ve got a desktop or laptop system, do you need a tablet?  The answer is “No… except when you do need one.”  This is what people are missing, in my opinion: when do you need a tablet (vs. those other devices) and what do you do with it when you don’t need it.

So here are some predictions, none of them surprising:
And then some more interesting predictions:
In other words, two questions answered:
This, I would so buy.

Officially over, I think.  Because “gamers” are so put upon, marginalized, and targeted by their affliction that they need public awareness and “support”.

Email ThisBlogThis!Share to TwitterShare to FacebookShare to Pinterest
Labels: stupidity 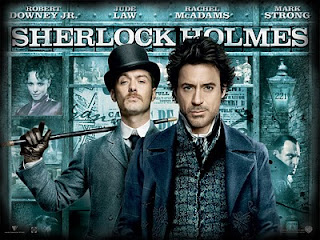 Sherlock Holmes was better than I expected it to be.  And I suspect that is at the heart of most of the reasonably positive reviews the movies has received.  Because frankly (at least until the reviews started breaking), I was expecting something along the lines of Van Helsing — vaguely period trappings, but reeking of anachronism, and filled with quick cut editing, too clean sets, and perverted steampunk gadgets.

This one… well…
A couple other thoughts:
I am definitely looking forward to Iron Man 2, though, so we can see Robert Downey Jr. continue playing this same character into another film.