Several years ago, at a gay rodeo host hotel (where the men should be butch and manly, and the women, um, should also be butch), I got on the elevator after a pair of West Hollywood queens got off, and I was nearly overwhelmed by the fumes.  Although I didn’t say it verbally, I sure thought it hard:


“Girlfriend!  Leave some in the bottle for next time!”
Posted by Jim Drew at 12:13 AM No comments: Links to this post 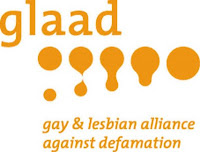 “If they’re GLAAD, why are they always so pissed?”

G.L.A.A.D. is the Gay & Lesbian Alliance Against Defamation, a media watchdog group that pays attention to portrayals of lesbians and gay in film, television, and other popular media.

Posted by Jim Drew at 12:13 AM No comments: Links to this post


I have very little use for it.

Okay, maybe that is a little bit terse.  I don’t have a problem with organized religion, per se, so long as it isn’t forced upon me.

My father is a retired Methodist minister.  (Yes, I have heard all the jokes about being a “preacher’s kid.”)  I was fortunate in that my upbringing was sufficiently liberal that I was able to (and even relatively encouraged to) examine things from an objective perspective and make decisions for myself.  (In our 7th Grade confirmation class — taught in part by my mother — we did a little bit of “comparative religion” study, which included visits to a Catholic cathedral and a Jewish synagogue and learning about other religions, including Judaism and Islam.)

(As an interesting aside, we used to get a magazine called Pix in Sunday School, which included Bible stories in comics form.  At some early age, I realized that these had to be drawn by someone, and in particular, that there was no way to know that the drawing of [for example] King David was how King David really looked.  Thus, these were filtered through people, and were an interpretation, not a fact.  And if these were filtered, so was anything else in religion, and I should thus listen to sermons and read the Bible and so on with the idea of needing to find the truth through the filtering.  The fact that I found out a couple years later there was once a Bible printed with the typo “Thou shalt commit adultery” was further evidence that any given bit of religion could be flat out wrong.)

The result of this upbringing is three-fold:
In other words, we all should be free to worship a “higher power” [or powers] as we see fit.  If that means Catholic high mass for some, great; if that means communing with nature for others, fine; if that simply means adhering to one’s own moral conscience and appreciating life, no problem.

I’ll never shed the Christian roots in my upbringing (and I wouldn’t want to).  The basic philosophy of Christianity — that God so loved the world that He let his son die to save us all — is powerful, despite how it often gets corrupted and ignored by religious extremists.  But other religions, perhaps all religions, also have powerful, valuable things to say, if we just listen.

And thus I say: make your own religion.  Pick the bits you like from one existing religion or another, and invent the remainder.  God (or the Goddess, or the gods, or whatever you want to acknowledge), what name you use for Him (Her, Them, etc.), whether you drink grape juice or wine, whether you worship in a crowd in a cathedral or by yourself in the woods, whether you are in fancy clothes or naked and covered with dried mud… that you are worshiping at all, and most especially in a way that has meaning for you, that is what is important.

Posted by Jim Drew at 11:52 PM No comments: Links to this post

Email ThisBlogThis!Share to TwitterShare to FacebookShare to Pinterest
Labels: religion

Pagoo.com is one of the new companies running an Internet answering machine service.

It’s a great idea.  What happens is that they set up a voicemail box for you.  You then contact your telephone company (or they can do it for you), and set the Busy Call Forwarding to go to that voicemail box.  Then if someone calls while you are online, instead of getting a busy signal for hours at a shot, they get redirected to where you’ve left a message — “Hi, this is Jim.  I’m probably online right now, but leave a message and I’ll get it over the Internet!”  You then get notified of the message they left and can listen to it right there, without dropping your connection, and then act on it or not.

As I said, great idea.  (Unless, of course, you’re not online, but are talking on the phone instead.  Then they leave a message and you don’t get it until the next time you connect.  If you’re online frequently, that won’t be a problem.)

When Pagoo first started, they were a Windows-only product.  (No surprise there, these days.)  But they intended to add a Macintosh version.  I asked to be notified of such, and was invited to take part in the beta program for Mac Pagoo 1.1.

As part of the signup for Pagoo (at the time; details may have changed since then), they will set up the voicemail box for you for a 30-day free trial (after which it is $3.95 per month), and they will spring for the fees for setting up the Busy Call Forwarding switch and your first month’s fee for that service.  (Very cool.  Assuming you stick around, they’ll get that cost back in a couple months.)

This was all fine, until the beta period extended beyond the end of the 30-day free trial.  Presto!  My voicemail greeting was replaced by “This user’s 30-day free trial has expired.”  (No indication that they had got the right phone number, nor why [or that] they had been transferred to what had been a voicemail box.)  As a result, my use of the Pagoo system and participation in the beta program was instantly over (if no one could leave a message, that kind of reduces the feedback I can give, no?).  The fact that some outside modem had called up my phone and locked up my line into always-busy (and scrambled my answering machine, too) while I was away for a four-day weekend only made things worse, as I couldn’t retrieve my own messages, only get that damned message.)

So I tried to contact the company.  I started with my e-mail contact person, Philippe Piernot (vice-president of Product Development at the time), asking for an extension of my “trial period” through the end of the beta program.  (After all, there was nothing for me to buy yet, since the Macintosh version wasn’t publicly available.  I don’t pay to take part in beta programs.  [Mmm, but that OS X public beta is awfully tempting!])   No response from him.  So I go to the company’s web site, looking for customer support information.  I found a FAQ document, but what didn’t I find?  Any telephone number or even an e-mail address for customer support, that's what.   (What great customer support!)  I eventually sent an e-mail to their “Suggestion Box” address, indicating a deadline: in two days, they needed to resolve the matter and contact me (I gave my work number), or I would cancel the service and not be able to recommend it to anyone else.

I ended up giving them three days, and you can tell from this essay what they failed to do.

In conclusion, the idea is great: voicemail for while you are online, which you can retrieve without losing your connection.  Only about $7.00 per month, far less than the cost of a second phone line.  There are apparently several companies offering variations on this idea.  Check one of them out, though, because Pagoo is one to not deal with.


Nine days after the deadline elapsed, I got an e-mail from the company, saying “Of course we’ll extend your trial period!”  Too little, too late.  The Busy Call Forwarding had already been shut off, and the software deleted; three-plus weeks of the service being inactive and thus giving people a negative impression of me is three-plus weeks too many.

I’ve requested that the company remove all contact information about me from their files (twice: in my “I’m gone” message and in my response to this one).  Any further contacts by the company are going to be turned over to the Better Business Bureau, and then treated as harassment.  (A year later, no such contacts have come.  I guess the threat did its job.)

(I really, really don’t like service companies who don’t serve.)


In the year since I originally wrote this, search engines have picked up this page, and hardly a week goes by that I don’t get an e-mail from someone thanking me for warning them off from a potentially bad company.  In one case, I got an e-mail from someone else who had had a bad experience with Pagoo, possibly even beating out my own, where they completely screwed up his phone service.

And a year later, there is still no e-mail contact method on their web site for dealing with customer issues and complaints other than “Suggestion Box.”


In the process of posting this on the new blog, I thought I would go check out the current state of Pagoo, since I still get one or two notes a year from this piece on the old website.  Pagoo is still around, and sure enough, still with no contact info for the company on the website.   Can’t even tell what country it is based in.


Still no contact info for the company on their website<. I notice that the Mac version only runs in Classic, so no new Mac from the last several years can use the service, which indicates that they probably have very few Mac customers. Of course, this is also a service that is increasingly of little use: broadband, WiFi, and cell phones greatly reduce the need for the service. I still get e-mail comments on this blog post every few months, despite the blog now having moved twice!