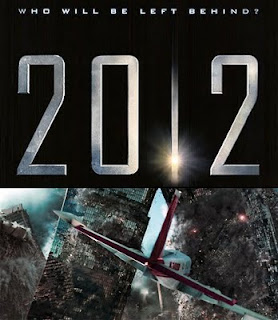 Oh my God, what a steaming heap of…

Well, if you turn you brain off…

No, I mean really turn it off.  Don’t think about any of the stuff in the movie.


Once you stop thinking about science and the odds and geography and fuel lines and food… if there’s any of your brain left, you’ll probably enjoy the outright goofiness of this movie.

You’ll definitely be talking about this movie after it’s done.  You’ll be saying:


I rarely have any dreams, or at least only rarely have any that I remember past waking up.  (I don’t think I’ve ever had a dream about flying, although they say such are one the most common kinds.)  So when I do have a memorable one, I try to preserve it.


It was early evening and we were standing on the deck.  (There was a definite sense of “us”, but whether the other person was my real-world boyfriend or not, I can’t say.)  Down below, our cats (not my current cats, though) were leaping off the ground, landing in the top branches of trees, and then jumping down again — and not just jumping up and down, but 10 foot leaps into the air, into delicate twig-like branches, and doing backflips on the way down.  I soon realized that the trees were loaded with twittering birds, so the cats were jumping and catching them.

Looking closer at the branches nearest me, some of which extended onto the deck at foot level, I could see that the branches were laden with big plump berries or small plums, and the birds were feasting on them.  The berries were so ripe that they must have fermented and the birds were passing out after eating them.  There was even a stack of birds three deep in front of me.

Our dog (not my current dog, because I don’t have one) came over to the stack of birds, sniffed at them, and took the top one in its mouth, then dropped it over the edge of the deck.  The dog took the second one, and dropped it over the edge.  The dog then took the third one — a small, pure white bird which had been under the other two — took it in its mouth, and crunch crunch ate it.

And then I woke up.

I have no idea what the dream means.  (Do dreams always have to mean something?)  I can make up something sexual about watching other people doing fancy “tricks” and not settling for the first “bird” when a better one may be hidden behind it.  But the whole eating metaphor with the cats and dog gives that one a hard twist to the right.